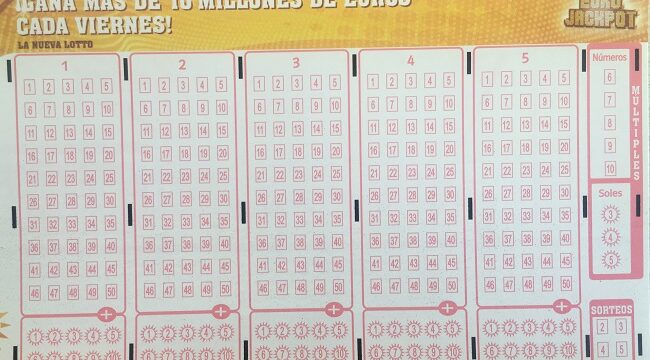 Eurojackpot is one of the most famous lotteries in Europe. Almost every gambling enthusiast knows it. Interestingly enough, Eurojackpot is just a few years old. It was established in March 2012. Soon many countries decided to participate in this lottery. What are the advantages of Eurojackpot?

Eurojackpot is a transnational lottery. It’s organized in several European countries, who each have their own rules. For example, the amount of money some has won is calculated nationally. The total amount of money also depends on whether a country uses a gambling tax. The total number of winners determines the win money as well. At the moment the participating countries of Eurojackpot are Poland, Sweden, Spain, Slovakia, Slovenia, the Netherlands, Norway, Latvia, Lithuania, Iceland, Italy, Hungary, Finland, Germany, Estonia, Denmark, Croatia and the Czech Republic.

Outreach in Europe
The EuroJackpot is a big competitor of the very popular EuroMillions lottery. This was exactly the reason for the establishment of the lottery in 2006. Although EuroMillions has larger Jackpots, more and more countries want to participate in Eurojackpot. What’s more, Eurojackpot reaches more potential players than EuroMillions, namely 300 million against 2017 million of EuroMillions. In November 2011 Italy, Slovenia, Denmark, Finland, Germany and the Netherlands became participating countries of Eurojackpot. Negotiations also led to a membership of Estonia. Spain joined the team in 2012 when the ticket concession was granted to its famous National Organization of Spanish Blind People. pain is actually the only country that is a Eurojackpot ánd EuroMillions member. Just one year later a couple of new countries joined, namely Iceland, Latvia, Lithuania, Croatia, Norway and Sweden. Hungary, Poland and the Czech Republic were relatively late. They joined in October 2014 and October 2015 respectively.

The first Eurojackpot tickets ever were sold at March 17, 2012. Six days later the first draw took place. An historical moment, because in the past 6 years the lottery has made a lot of people millionaire! If you like to have more information about this lottery you should visit the official websites of Eurojackpot. Over here you can find contact information like e-mail and telephone numbers, in case you have a question. The results of the draw are published over on the website as well. The worldwide web makes it easier to purchase lottery tickets. You don’t have to leave your house to buy a Eurojackpot ticket. Instead you can go to a non-official lottery sites where tickets and bets for the Eurojackpot lottery are sold.

Licenses
Make sure that you visit a legal website when you’re planning to buy a Eurojackpot ticket. Some operators don’t have a state license and you should be careful with that. Most of them do have a license though, so don’t worry. In Iceland, Italy and Slovenia private operators are not even allowed to organize a lottery. Usually licenses to private operators are given by organizations such as the UK Gambling Commission. By doing so, all the lottery operations are overseen. This ensures the safety and quality of the lottery.

Do you know the largest lottery prizes to visit unclaimed? And whose billions will be reassigned with other beneficiaries for example non profit organizations or even the condition? From time to time we learn about an enormous National Lottery sum …

END_OF_DOCUMENT_TOKEN_TO_BE_REPLACED

In the United States, DraftKings is one of the largest providers of sports betting. With the acquisition of GNOG, they are taking another step into the world of the iGaming industry, while also taking control of an existing database of over five …